A evenings ride towards the end of summer, some final days of late northern light to play in, but be sure to be home before the street lights are on.

With the wee man settled and the chores done there was still enough light for a stolen hours or so of riding, yearning for some wilder terrain than the local woods (the local woods has some fairly wild trails mind you) I loaded up the wagon for a raid on the infamous Fungle Road single track. 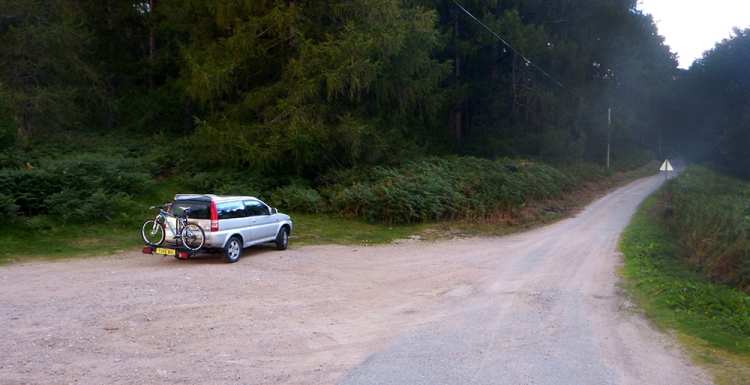 The Fungle Road is an old drovers road that links Aboyne and northern Deeside with Tarfside and Glen Esk, it is a classic stretch of natural trail mixing rough LRT with single track, fast descents and steep, persistent climbs. but when people refer to the Fungle singletrack, they mean a ribbon of perfect natural trail that nestles between Ballochan and Aboyne. It is the kind of rare naturally occurring single track that perfectly blends flow, speed and light tech with some drops to keep you sharp. It is the kind of trail that when you have a clean run, it instantly becomes your new favourite trail.

Parking up at the Forest of Birse Kirk I set off with Sven for a hardtail mission, this ride was about attacking the climbs and getting some pace on a prolonged natural trail, it certainly wasn’t going to be volume training but it would be a fun jaunt. The sky was showing the first signs of dusk as the hillsides darkened with slithers of golden light streaking illuminated ribbons across the heather. It wont be long until the get you home lights will be mandatory kit once more. 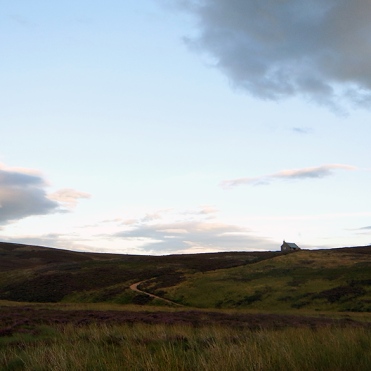 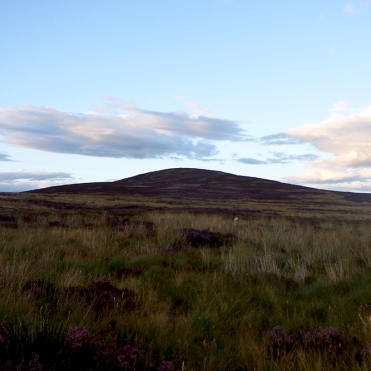 The south climb from Birse castle is very much the lesser of the two options, it may only be a cat4 climb, but on a very sandy track which only adds to the effort. Thinking ahead to the climb out from Mamore lodge in a few weeks time, I concentrated on keeping my weight balanced and the power even, ground it out and focused on the work. Once your elevation is earned its a quickly sprint to the trailhead, the sky’s where still light but the ground was quickly darkening as the late evening light was starting to pale out.

Dropping into the trail I rode within myself to begin with, having not been here in over a year, a lot might have changed in that time, would it still be passable or even worth riding? I soon forgot these question and let the bike run as the trail was exactly as I remembered it. Speed was easily gained with a narrow heather dodging rut giving way to rocky stream bed followed soon after by a root strewn, drop filled wooded trail. The bike was flying, a full sus would of been faster but the connection of a hardtail on natural terrain is just indescribable.

that deflating feeling, like the battery is just running out as the bunny claps the cymbals lethargically one, last, time.

The sensation of every once of power, every hip shift, wrist flick all having a direct and instantaneous output on the bike as you feel the trail through your hands and feet. Looking ahead and working as one with the bike to make the trail as smooth and fast as possible. A full sus may of been faster, but the connection of a hardtail on natural terrain is just indescribable and whilst a well set up full susser can feel like this, those who know, know.

But like all those who “know” know, that deflating feeling, like the battery is just running out as the bunny claps the cymbals lethargically one, last, time.  Tubeless fails can happen to the best of us.

Sorting the puncture took more air than I would like and far more time to seal than I had. CO2 carts’ and mini pumps combined as I resorted to walking out of the trail hoping that by shouldering the bike and leaving the pierced section of tyre at the bottom of the wheel would bath it in enough sealant to stem the leak, I hoped. Reaching the landrover track the hills where dark and the sky threatening, the hiss from the rear wheel had ceased but the tyre was almost flat, pumping it back up to road bike pressures and cursing my misfortune I was ready to try pedalling. The air seemed to be holding and some how my phone had signal, I sent a message to my wife asking her to still love me when I got home much later than I had promised and tentatively saddled up and slowly built my speed to make sure things where as they should be.

Soon I was careening down what I had just climbed, skipping over water bars and dancing round rocks, trying to stop myself having to much fun incase the sealant failed and the rear gave way again. Cautions aside I was soon passing Birse Castle and scaring the livestock as I made it back to the carpark. What was meant as a short training ride had escalated into more of a  training exercise than anything else, however practising remote servicing in anger is never a bad skill to keep sharp. 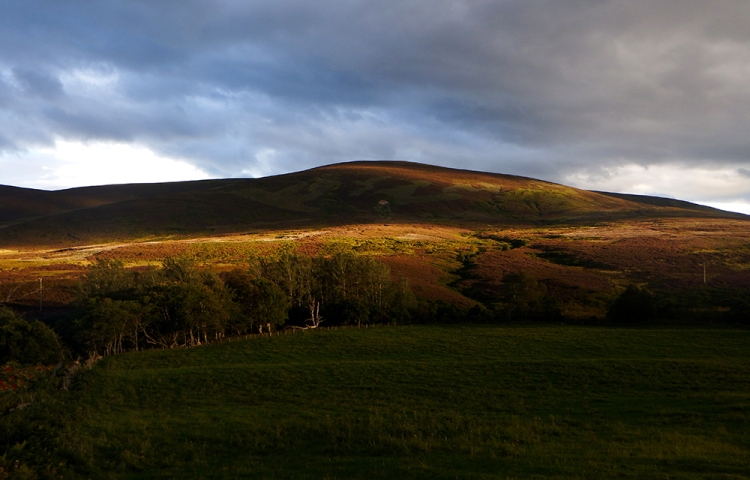 That said I got a unexpected personal best on the climb landing a 20 out of 196, and whilst I wasn’t going to be PB’ing the singletrack on the hard tail, I was feeling fast and the bike was running smooth, silver linings and all that.