Took this old girl out for its inaugural ride in its current build.
Following some Wil o the wisps along some newly cut trails.
Exploring new trails and getting lost with this wee beastie is always time well spent.
Well Monday was a big day in the saddle. The classic Deeside route of Mt Keen and the Fungle.
Went for a gravel dash explore this evening, glorious evening but a headwind that felt like pedalling downhill in treacle on the return leg.
Surprisingly impressed with this bearing press set.
The East Peak retro rebuild is coming on, rolling chassis in need of brakes and drivetrain.
New video posted on the ole youtube channel. First in a wee series breaking down and building up this wee gem of a barn find bike.
This edit was a long time coming. 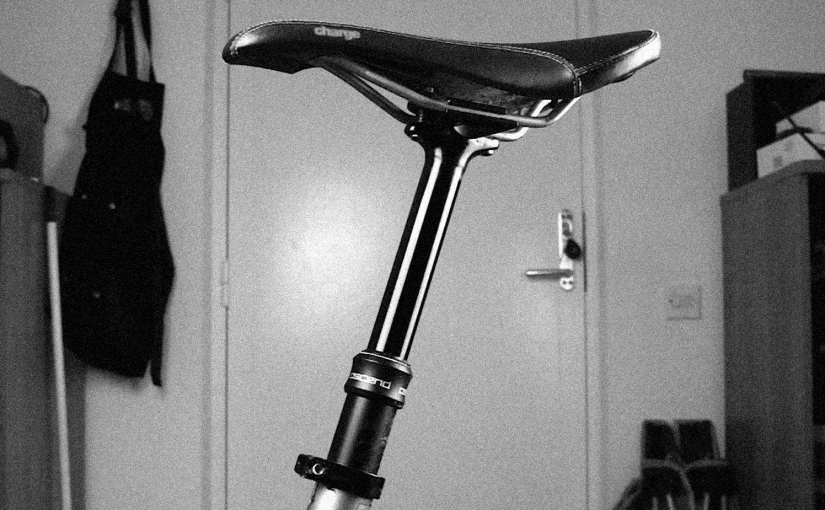 Surely it Can’t Last For That Money?

This post, which is of the badged up TranzX in disguise variety, is available from a few places. But most famously, from Chain Reactions where it is frequently on sale south of £100. Not only is it a post with 120mm of drop for less than a £100 (that 82p per mm of drop!), it also comes with a warranty. Which surely I will be needing if it is that price?

It comes with a under the bar shifter paddle style lever as well as all the gear cables and outers needed to install the post. So with the lever kit being in the range of £25 on its own, the value is frankly astounding.

Once installed, I have to say, the post looks the part. The only obvious weak link is the lever, which has a ferocious amount of slop and what looks like a barrel adjuster nut that will snap as soon as you look at it. But after 1000km of use, the lever is immaculate and not withstanding a crash, I can see the lever going the distance.

The post however, has a niggle or two. The post no longer returns to full height under its own steam, 10/15mm short of full return. A strip and service might bring it back to full life but if not, the mechanism is built around a sealed replaceable cartridge which will certainly do the job.

But if you had a Reverb that had that as its only issue after one year, then your more than lucky.

So this isn’t necessarily a good post for the money, its just a great dropper and a solid contender.