Went for a gravel dash explore this evening, glorious evening but a headwind that felt like pedalling downhill in treacle on the return leg.
Surprisingly impressed with this bearing press set.
The East Peak retro rebuild is coming on, rolling chassis in need of brakes and drivetrain.
New video posted on the ole youtube channel. First in a wee series breaking down and building up this wee gem of a barn find bike.
This edit was a long time coming.
They may not be clean, but they colour match.
Absolutely stunning light at the weekend. Freezing, like brass monkeys cold. But gorgeous blue sky sunlight breaking through those trees.
Is was not deep not crisp or even today, but wet and slick and slushy and plenty of fun to be had at lower levels. But hardwork on the climbs.
Saying something about 2020, its an odd one.

One of the wonders of living in Scotland is the landscape in which we live.

Sometimes, you need to step out and journey into those hills. Riding with a former student I taught, (Callum Grant) we took in a 45km route that sampled flowing natural singletrack, warp speed loose fire roads and a hike a bike up a Munro.

This route was an attempt to tie together some classic trails and descents whilst racking up some respectable distance and climbing. It would be the longest day on the Banshee and a good bedding in for the new fork. It would also be a good indicator to see if the TDB would be fun (or even achievable for me) on the longer travel bike.

Starting in Aboyne we climbed to the start of the iconic Fungle singletrack via New Mill. After this perfect ribbon of Aberdeenshire trail, we climbed up onto the slopes of Baudy Meg. From here it was a rip roaring descent on a loose and ever so slightly fast fire road down into Glentanar.

Then it is a long grind past the tree line to the foot of Mount Keen (the most easterly munro in Scotland), then comes the hike-a-bike. You can try and ride the first part of the climb, but I always decide to try and conserve energy at a fairly early stage and push. Hiking up the rutted, washed out and rock strewn climb lets you fully take in the tech this descent has on offer.

More than once during the hike-a-bike I reminded myself that I’d only ever done this descent on a 100mm HT.  The additional squish that my Spitfire offered, would open up a lot more possibilities and line choices, hopefully preventing the need for too much vitamin I by the time I was back down!

The descent was a wild ride, starting from above the Grouse buttes the trail is fast, sandy and with enough rocks to keep you focussed on line choice. Once you get to the buttes though line choice becomes a whole other story. The trail morphs into a delta of washed out ruts, the peat and sand cleaned from the hill side revealing a mine field of loose rock and boulders.

With drops and wheel grabbing holes littering the trail speed may not exactly be your friend, but the front brake certainly was your enemy. Focussing hard on the trail ahead , I was feathering brakes and shifting weight, all whilst trying to not get drawn into a rut that would result in a dead end or a wheel killing drop. Venturing onto the open heather whilst initially appearing smoother, still had some surprises as all it did was disguise the rocks and holes on the hill side.

After a few close calls we rattled over the cattle grid and back on to a wide and rough as you’d like it land rover track. this was a short and simple strip of orange rubble with enough snipper rocks to keep you guessing, a strong tubeless game is a must for this descent.

With the heat of over exerted muscles building in my thighs we were back to the river at the base of the hill. With adrenaline and stoke high, the long drag in became a fast pedal smash back, with both of us surprised at home much elevation we had gained on the approach to Keen.

After reaching the tarmac of the south Deeside road, its a short spin back to Aboyne. The weather had played fair, The trails were fantastic and the Spitfire had done itself proud, another great day playing bikes in proper hills.

Now this has complicated matters as now I have to decide on 160/140mm or 100mm XC HT for TDB, #MTBproblems

Mount Keen is a good day on the bikes, doubly so when taken with the Fungle road.

The loop is a long shift taking in everything from some superb singletrack through to long tough climbs and fast fire road descents. Its has been a tradition for me to do the loop at least once a year for a while now and I’m still undecided whether it is best tackled clockwise or anticlockwise.

Clockwise, you unfortunately climb the absolutely sublime Fungle singletrack but Descend the north side of mount keen, which is as testing a natural descent your likely to find. Anticlockwise you get the ridiculously fast LRT down from Keen to Tarfside with its water bars giving you ample opportunities to boost off of, as well as the glorious ribbon down to Birse Castle finishing off with the Fungle in the downward and correct direction.

They both have their charms

It is a great litmus test for fitness and as training loop for events like the Tour de Ben Nevis, the route being only slightly shorter with essentially the same climb, albeit on a faster course than the Tour De ben’s.

My course record was clockwise as 4:21:22, If I did the Tour at that pace I would be incredibly happy with my fastest Tour time being 5:33:15 in 2014. Frustrating as I knew that race could of been faster had I ran it smarter and keep my food intake up and drank more to avoid cramping, but we’re not here to talk about failed race strategy.

Here are some shots from the loop collected over a few years. 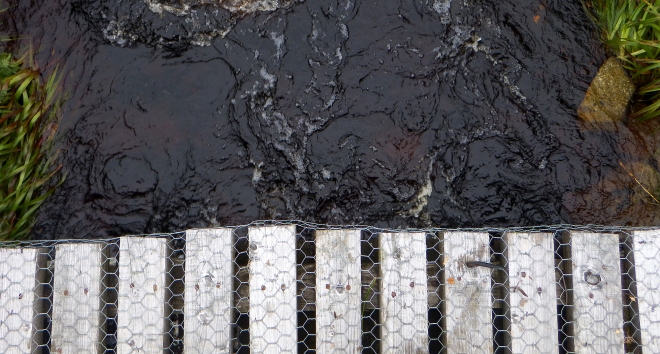 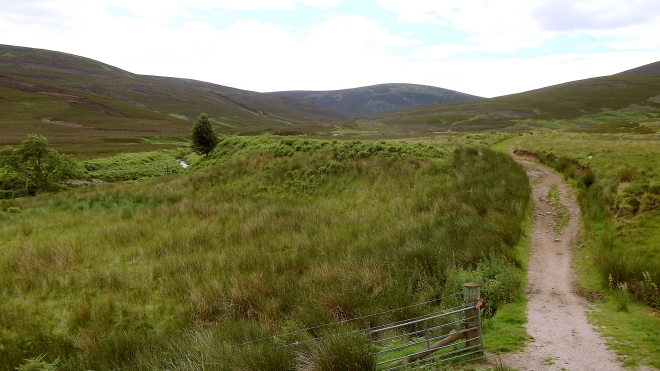 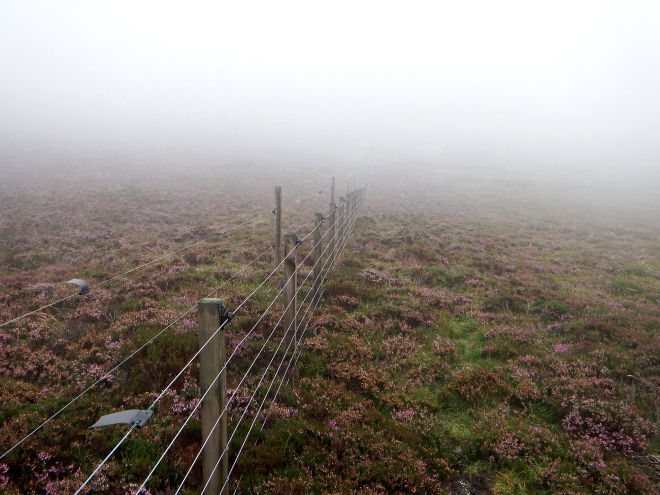 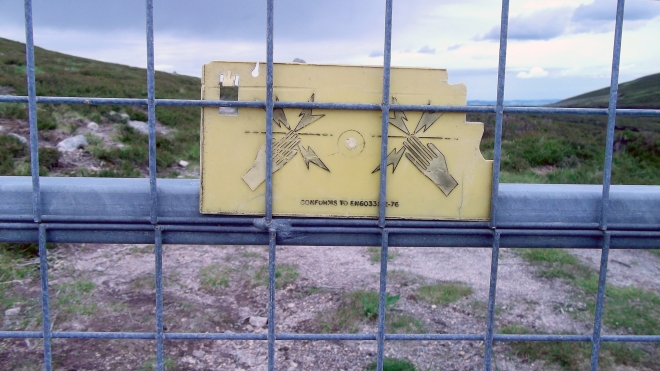 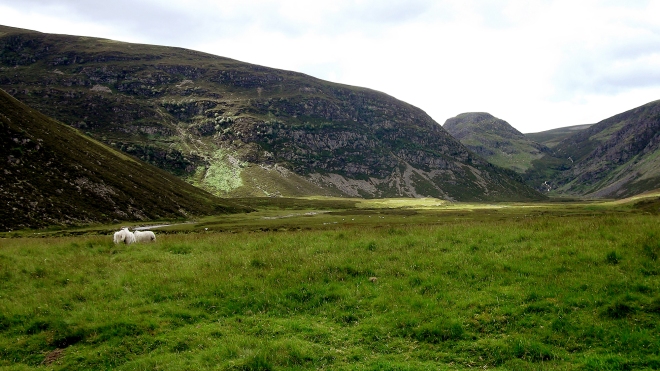 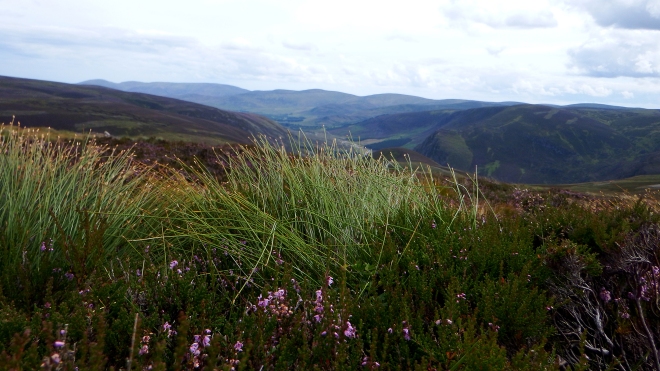 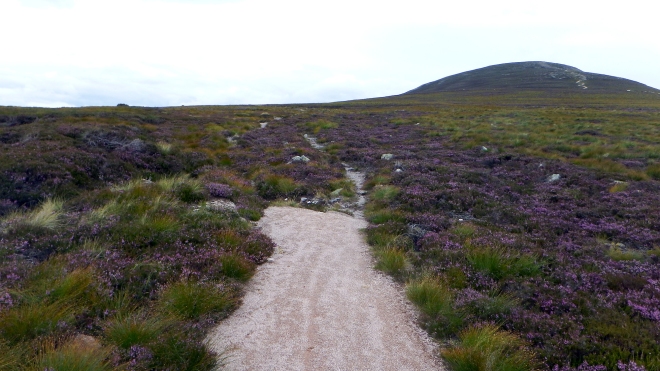